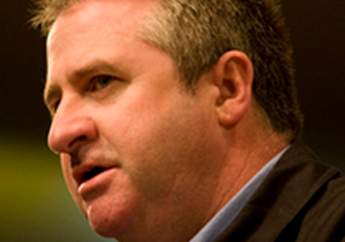 Shocking Senate testimony by officials from the ABCC confirms the regulator is not fit for purpose and is failing to police the wage theft, sham contracting and breaches of awards and conditions that are rife in the industry, warns the CFMEU National Construction Division.

Under sustained questioning before a recent Senate committee ABCC Commissioner Stephen McBurney admitted that the so-called regulator has prosecuted only a handful of employers in its history, while spending millions of dollars pursuing workers and their unions.

“The ABCC embodies the deep-seated corruption of public institutions and legal due process that this government has adopted as business as usual,” said Dave Noonan, CFMEU National Construction Secretary.

“The ABCC is required by legislation to act as an independent regulator of both unions and businesses in the construction industry, but it has shown itself to be fundamentally biased, deeply politicised and more interested in pursuing the government’s agenda than dealing with the real problems in the industry.”

“The ABCC’s record of prosecution reveals the extent of their disregard for the interests of working people and the protection racket they are running for construction industry bosses.”

“The ABCC has spent more than $3 million on legal action pursuing the union over the most minor of civil breaches, almost 20 times more than it has spent on token efforts to prosecute the widespread illegal and unconscionable behaviour of dodgy construction bosses.”

“Not a single employer has been prosecuted over the sham contracting that is rampant in the industry.”

“The ABCC also admits it has pursued only 42 employers over wage theft in an industry where it is estimated workers are owed more than $6 billion in stolen wages. Earlier this year the ABCC was crowing about achieving the ‘milestone’ of recovering an aggregate $1 million in wages over its history. This is a drop in the ocean compared to the $320 million it is estimated is stolen from workers every year.”

“The union has recovered around $60 million in wages for members over the past five years. In reality the CFMEU is a more effective regulator of poor behaviour in the industry than the ABCC.”

“ABCC Commissioner McBurney also revealed to the Senate that they have referred only a handful of employers to other regulatory agencies, despite being required to do so when they uncover illegal behaviour not covered by their remit.”

“It is an embarrassing and shameful record for a regulator operating in an industry where workers are robbed of billions in wages and where the callous disregard for safety means a construction worker is killed on the job every other week in this country.”

“The ABCC is a partisan politicised regulator designed and directed to attack workers and their unions. It is fundamentally incapable of stopping builders from ripping off workers and undermining conditions and it ignores the safety and wellbeing of the men and women whose labour builds this country and drives our economy.”

“It is worse than useless. It is actively harmful to the interests of workers in our industry and undermines principles of equality and justice before the law.”