Super – your insurance at risk 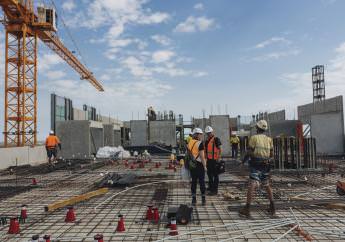 The Liberal Government is proposing to alter insurance cover arrangements for members of super funds from July 2019.

Cbus is campaigning against the proposals because it will affect many members’ automatic access to insurance cover.

The Government wants to:

The Government claims that young people are less likely to need cover and shouldn’t have insurance premiums deducted from their super.

This isn’t the case for Cbus members. Insurance is as important for new starters and people under 25 as it is for everyone else.

Our members work in an industry that scores among the highest for incidence of injury and workplace fatalities according to data from Safework Australia.

Many of our members typically have dependants, debts and responsibilities from around 21 years of age, three to four years after they start work.

The issue of inactive members also has consequences for our members as gaps between jobs is common.

These changes would affect the entire Cbus membership because by removing these members from our group cover, we reduce the buying power of a broader collective pool – which will almost certainly result in higher insurance premiums – estimated to be upwards of 20%.

One of the benefits of being a Cbus member is that eligible members get access to insurance cover that could be difficult and expensive to access any other way for workers in the building and construction industry.

Automatic transfers to the ATO

Another change proposed by the Federal Government is to transfer accounts with less than $6,000 that haven’t received contributions for 13 months to the Australian Taxation Office (ATO). The ATO will then seek to find an active super account to transfer the money. If no other account exists, the ATO will hold this money which would earn a low rate of interest.

This could affect many of our inactive members who do not have any other active super accounts and stay in Cbus to maintain insurance cover.

Standing up for members

Cbus wants to make sure we can continue to provide insurance we know our members need and want. We are engaging with our membership, industry bodies and decision makers in Government to address these changes so that our members don’t lose out.