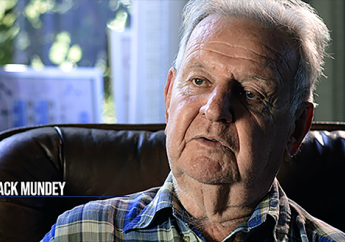 The CFMEU today mourns the passing and celebrates the life of Jack Mundey, trade union leader and protector of Sydney's built environment and natural heritage.

Jack passed away peacefully on Sunday after a long illness. The union sends its condolences to Judy, his wife, and all the Mundey family.

Jack Mundey rose to prominence during the 1970s 'green bans' in Sydney which halted the destruction of the city's built and natural environmental heritage by rapacious developers and their supporters in government.

Jack and the NSW Builders Labourers Federation stood up to the forces of capital and spoke truth to power. He helped build a powerful coalition of trade unions, community organisations, church groups and others to fight for Sydney's built and natural heritage.

Anyone who has enjoyed Sydney's unique heritage and open spaces has Jack Mundey to thank. Places like Kelly's Bush, Centennial Park, The Rocks, Woolloomooloo, all would have been flattened if not for Jack Mundey and the green bans imposed by unions.

Under Jack’s leadership the union made many important improvements in wages and conditions for members. The union also stood up for the rights of First Nations people, the LGBTI community, and fought for the right for women to work in construction.

Jack showed that trade unions have the power to change our society for the better. His legacy is one that will echo through the ages.

In a movement that is not short of heroes, Jack Mundey stands as a giant of the Australian and global trade union movement.