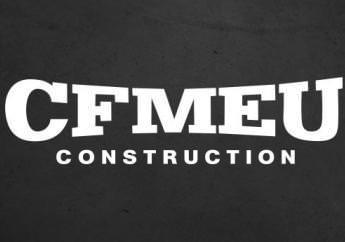 The CFMEU National Construction division has welcomed Federal Labor’s announcement that it will establish a legal fighting fund and implement the recommendations of the Murray review of security of payments to protect small businesses and workers in the construction industry.

The union has called on the Federal Government to implement the Murray review since it received the report in May 2018.

The major recommendation of the Murray review was that funds be held in statutory trusts to protect the payments owed to subbies and workers when a company collapses.  When clients pay builders on progress claims, builders are meant to pay sub-contractors. However, builders often treat that money as their own, and often don’t pay their sub-contractor.

CFMEU National Construction Secretary Dave Noonan said the Federal Liberal Government had sat on its hands on the Murray review, under pressure from developers and the MBA.

“Construction company collapses are a serious threat to the livelihoods of thousands of small businesses and individuals, as well as being a risk to the Australian economy,” Dave Noonan said.

“Almost one quarter of companies going into liquidation are in the construction industry.

“The Federal Liberal Government commissioned a review which handed them a blueprint to fix the problem last May.

“They ignored that review, and there have been major building company collapses since, including the Cullen Group, JM Kelly and Lusso Homes, all in Queensland. It has been estimated that in Queensland alone, $500 million in payments to subbies and workers is owed by 50 companies that have collapsed.

“Big developers and property moguls have called the shots with the Liberal Party for too long. They need to be reminded that progress and retention payments are not their money.”