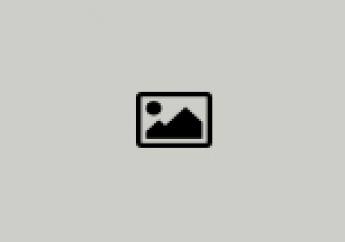 The Construction and General Division and Maritime Divisions of the Union note the resolution of the Mining and Energy Delegates convention with disappointment.

We strongly believe that it is apparent from the resolution that the leadership of the Mining and Energy Division failed to put the facts in front of the delegates, as the text of the resolution contains numerous false or misleading statements and allegations.

The resolution comes after the Mining and Energy Division leadership failed to declare its intention to seek a demerger to the broader union in the democratic forums of the union.

Instead, they negotiated a secret arrangement with Minister Christian Porter behind the backs of the CFMMEU, the ACTU and the Australian trade union movement. This arrangement has led to legislation which potentially affects all unions and the working men and women who rely on their protection against enormous political and industrial attacks.

It is astonishing that the Mining and Energy leadership would negotiate a deal to split the union with the same Minister who is trying to lock in the permanent casual rort in Australian workplaces, particularly in the coal mining industry. And that they would do so without any reference or consultation within the CFMMEU and most importantly within the wider trade union movement through the ACTU.

It is our strong view that the focus of the union must be on organising, membership growth and the defence of our members jobs and communities.

CFMMEU members in all the industries we cover have stood together through many tough times over many decades, particularly in recent years during constant political and industrial attacks on our members. We have stood shoulder to shoulder on major campaigns like at the Gordonstone mine, on the Patrick picket line, at Oakey Creek, against the destruction of mining communities by FIFO arrangements, for industrial manslaughter laws, and in the Your Rights At Work campaign.

We continue to support and will fight for mineworkers’ rights to safe and secure jobs, a future in the coal industry, and in mining communities everywhere.

We believe we need to make this unabridged and absolute commitment to Mining and Energy members as we can only conclude this was not communicated to the members at the convention.

Whatever conclusion mining and energy workers ultimately reach about their future, we intend to ensure that they are provided with facts upon which to make decisions and will continue to fight for justice at work, job security, and safe and decent jobs for all members of the CFMMEU and their divisions, along with all Australian working men and women and their trade unions.

Just as we have always done.