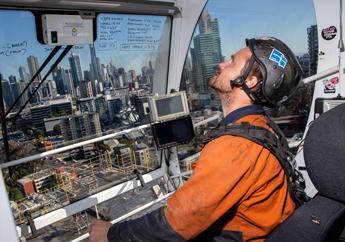 The CFMEU National Construction Secretary has laid the blame for skills shortages and drop in apprentice numbers at the door of the Morrison Government.

“The Morrison Government and their backers in the Australian Industry Group have actively worked against the training of apprentices for years and it is extraordinary to hear them now say they are shocked at the result,” said Dave Noonan.

“The federal government’s building code prohibits companies using enterprise agreements that include apprentice ratios being able to tender for government jobs. These provisions are entirely legal under industrial laws and are standard across the construction industry, but the government’s blind ideology means they are not allowed on some of the biggest sites in the country.”

“Making matters worse, the government now has legislation before parliament that will stop the industry being able to fund apprentice training programs from interest earned on money held in trust for construction workers’ redundancies. This will put an end to successful schemes like the one funded by the Building Employees Redundancy Trust in Queensland, which has 358 current participants and had 823 apprentices or trainees complete the program since 2013.”

“These programs are crucial for bringing new workers into the construction industry and giving them the practical on-the-job training they need.”

“In April, the government’s own review of the VET system written by former NZ Minister, Steven Joyce, found that work-based learning needed to be at the forefront of Australian skills development and supported the apprenticeship system over institutional-based and online training."

“The attack on successful union-funded training comes at a time when completion rates for skills training and the number of apprentices have plummeted under this federal government.”

“Recent data from the federal employment department shows the worsening state of affairs in construction. In 2018, eight of the nine construction trade occupations assessed by the department were found to be in national shortage. This is a complete reversal on where we were five years ago, when only one of the same nine occupations (stonemason) was in shortage.”
“The AIG says part of the answer to skills shortages is to open up the temporary skilled migration program. This has been an exploitative program enjoyed by employers for lower wages, conditions and standards that come as the end result.”

“The answer to skills shortages is more work-based training and support for apprentices, not lowering the bar so employers can pocket more profits.”