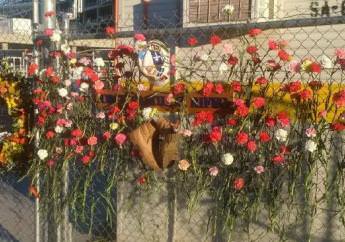 Jorge Castillo-Riffo died during the construction of the New Royal Adelaide Hospital after being crushed by a scissor lift in November 2014. Today, SafeWork SA Inspector Cathy Croci today gave evidence in the Coronial Inquest into his death.

Counsel for the CFMEU, Dr Rachael Gray, cross-examined Inspector Croci about her knowledge of a report then Premier Jay Weatherill ordered into the investigation and prosecution failings of SafeWork SA after the prosecution relating to Mr Castillo-Riffo’s death was dropped, and if she had seen the recommendations of that report.

Croci was also cross-examined on whether she was knew of a “wallpaper safety” on the NRAH site – when the reality on the ground does not line up with what the company safety paperwork says.

Croci said that the SA Health Partnerships CEO told her that ultimately the State Government was responsible for workplace safety on the NRAH site, had delegated that to SA Health Partners who themselves delegated responsibility to the builder. Crucially, the SAHP CEO said that the delegations of responsibility were only to the extent it can [be delegated] within the law. Croci admitted that neither she nor anyone else from SafeWork SA (so far as she knew) did anything to look further into the role or responsibilities of the State Government or SAHP for Jorge’s death.

CFMEU State Secretary Aaron Cartledge has called on the new Liberal Government to release the report into the investigation and prosecution failings of SafeWork SA. Mr Cartledge said:

“Shocking failures in SafeWork SA’s investigation into Mr Castillo-Riffo’s death have been revealed by the evidence in this Coronial Inquest.”

“Workers are killed or injured because of SafeWork SA’s failure to properly enforce the law. The public has a right to know what this secret report into SafeWork SA has exposed.”

“Wallpaper safety is rife in the construction industry. All the proper paperwork is filled out, but in reality, time pressure takes over, safe work practices go out the window, and workers are killed or injured.”

“As this inquest has heard, workers who speak up for safety often find themselves out of work. Workers should not have to make a choice between speaking up about safety and providing for their families”

Jorge Castillo-Riffo was killed working on the New Royal Adelaide Hospital site in November 2014. He was employed by Structural Systems (Southern). The head contractor was the Hansen Yuncken Leighton Contractors joint venture.