Out of control ABCC “cup of tea” case finally thrown out 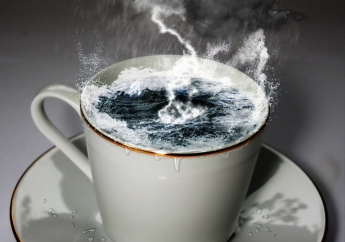 The Turnbull Government’s partisan watchdog, the Australian Building and Construction Commission, has been left with egg on its face over its petty and costly pursuit of construction workers and their representatives for having an informal catch up at work.

Last year, Nigel Hadgkiss, former ABCC boss, brought a case against two union officials for dropping in on workmates and having a cup of tea at a construction site in Melbourne in 2014.

The case was finally dismissed yesterday by Federal Court Judge, Anthony North, who was previously highly critical of the ABCC for bringing such a trivial matter before the Court. “It defies belief that the ABCC would pursue a case like this for four years,” CFMEU National Secretary Dave Noonan said

“After the dressing down Nigel Hadgkiss received last year from the judge, you would have thought that his successor, Stephen McBurney, would have dropped this case.

“Clearly, McBurney intends to continue in the same vein as Hadgkiss, using over the top anti-worker laws to pursue trivial matters while employers literally get away with murder.

“The whole sorry saga has been a pointless, costly and embarrassing waste of time and taxpayers’ money.

“The rules are broken when the Government’s regulator spends four years going after workers and their representatives for having a cuppa and a yak, while companies that contribute to construction workers’ deaths get a slap on the wrist.”