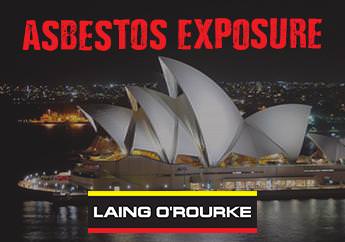 Safety concerns over friable asbestos found during a major renovation of the Sydney Opera House have escalated this morning, with work stopping on the project after management walked away from an agreement to have an independent industrial hygienist oversee new testing, training, and work practices on the project.

More than 50 workers have now been affected by safety issues that have put them at risk of inhaling potentially-deadly asbestos fibres.

Unions have also accused management from builder Laing O'Rourke of walking away from an agreement, reached late yesterday, allowing a collective meeting of all workers on the project to discuss the issue.

Also angering workers was management’s refusal to allow an independent industrial hygienist selected by workers on the site’s safety committee from accessing the project when she arrived this morning.

Representatives of the Electrical Trades Union, Construction Forestry Mining and Energy Union, Plumbers Union, and Australian Manufacturing Workers' Union, spent this morning at the Opera House in an effort to resolve the serious safety issue.

“No one is surprised that a building of the Opera House’s age would contain asbestos, but what has been absolutely shocking is that despite this risk being completely foreseeable, management failed to put proper safety precautions in place to protect the health of the workforce,” ETU NSW assistant secretary Justin Page said.

“Yesterday, management from Laing O'Rourke agreed to the recommendation of the site safety committee that an independent expert be brought in to properly assess the asbestos risk and ensure appropriate training and work practices were in place, yet when the industrial hygienist arrived this morning she was refused access.

“The company also reneged on an agreement that all workers on this $200 million project could hold a collective meeting with their unions to discuss their ongoing safety concerns.”

CFMEU NSW secretary Brian Parker said that it was outrageous that an iconic government-funded project would fail to have stringent safety practices in place to protect workers from exposure to asbestos.

“All these workers want is a safe workplace,” Mr Parker said. “They shouldn’t have to fight to ensure that asbestos testing has been conducted by an independent expert, that proper training and work practices are in place, and that the risk of inhaling this cancer-causing substance has been addressed.

“Workers have no faith in Laing O'Rourke’s management on this issue, with the decision to block an independent industrial hygienist from accessing the site along with their refusal to allow a collective meeting of workers to discuss the issue exacerbating these feelings.

“There is absolutely no safe level of exposure to asbestos fibres, which is why workers are understandably so angry that their health has been put at risk by the mismanagement of this project.”

If you are working on the site or would like to know more, contact the NSW branch