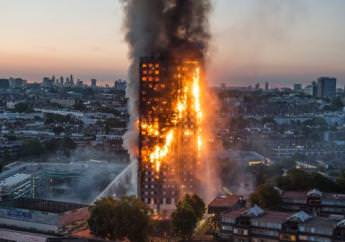 The Turnbull Government’s refusal to support a ban on the importation of the cladding material responsible for the deadly Grenfell Tower disaster is putting the lives of construction workers and residents in highrise units at risk, the Construction Forestry Mining and Energy Union has warned.

The union welcomed Labor’s commitment to ban the use of highly flammable polyethylene (PE) cladding products as a matter of urgency when they next take office, but said it risked coming too late given the deadly product is continuing to find its way onto Australian construction sites.

“The CFMEU has been demanding action from State and Federal Governments for more than two years,” Mr Noonan said.

“Long before the Grenfell Tower fire claimed dozens of lives in London, this same flammable cladding had been confirmed as the cause of a fast-moving fire that raced up the Lacrosse building in Melbourne’s Docklands in 2014.

“There is no question that this product is putting lives at risks or that it continues to be used on high-rise building projects. That is why the Senate inquiry into non-conforming building products last month called for urgent action — including an import ban — after hearing the testimony of fire safety experts.”

Mr Noonan said the union had advised its members following the Grenfell fire to refuse to install the dangerous cladding on commercial building sites, but warned that this significant threat to public safety can’tbe addressed by the actions of workers alone.

“Fire authorities, unions, and even property developers support a ban on these combustible cladding products entering Australian ports, which is the most effective way of ensuring they don’t end up in Australian homes and workplaces,” he said.

“Labor has committed to this ban and has the support of several state governments, yet the Turnbull Government is inexplicably digging in its heels and refusing to act.

“The Federal Government has known for at least two years that this potentially deadly product is in widespread use. Not only have they failed to act, they are actively fighting against a ban that will almost certainly save lives.”