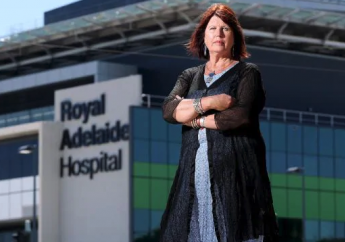 The most senior Health and Safety Manager for the joint venture Hansen Yuncken Leighton Contractors (HYLC) gave evidence before the Coroners’ Inquest today that HYLC conducted an investigation after Jorge Castillo-Riffo’s tragic death.

However, HYLC refused to hand over documents relating to that investigation to the coroner, claiming legal privilege.

At one point HYLC’s refusal to produce the documents frustrated the Coroner to the point where he said:

“Are we getting into the sort of conduct that tobacco companies were engaging in?”

The Coroner was comparing HYLC’s behaviour to British American Tobacco’s questionable use of privilege to hide evidence about the adverse health effects of tobacco.

“It is unacceptable that the big end of town is able to hide behind legal privilege, and avoid scrutiny over the unnecessary death of a worker at one of their sites.

“This not only undermines any attempts to improve safety practices on site, it is also an insult to Jorge’s loved ones.

“We call on both the Federal and State government to stop awarding work to HYLC until they hand over the investigation documents to both the Coroner and to Jorge’s family.

“Builders can be banned from government work for flying a Eureka flag. So why not ban them for withholding investigation documents from a Coroner?

The Coronial Inquest into the death of Jorge Castillo-Riffo at the Royal Adelaide Hospital construction site continues on Tuesday 21 August.