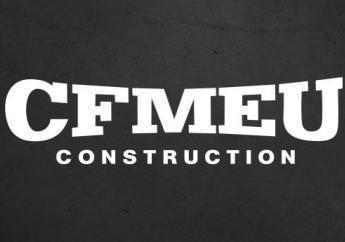 The collapse of construction and property company Pindan Group which has gone into administration owing up to $100 million to workers, subcontractors and creditors shows the urgent need for statutory trusts and security of payment laws for the construction industry.

"It is a national disgrace that workers, subcontractors and small businesses are left carrying the can when builders and property developers like Pindan go under," said Dave Noonan, CFMEU National Construction Secretary.

"Pindan Group is the latest in a long line of companies that have gone to the wall owing workers millions. The industry requires consistent national laws rather than piecemeal rules that savvy developers can drive a truck through, safe in the knowledge that they won’t be held to account."

"Australia needs effective national security of payment laws and statutory trusts to ensure workers, subbies and downstream businesses are paid for the work they do."

"The Pindan collapse should come as no surprise to state and federal governments. The WA CFMEU has been warning that Pindan was one of the construction companies leading a race to the bottom in building and construction in the state.”

“State and federal governments need to act if they want to look after workers and subbies. The WA government has yet to even put to the parliament its long-promised but watered-down statutory trust laws."

"Federally, the Morrison Government has been sitting on laws to ensure security of payments since 2017 after it commissioned John Murray, former CEO of Master Builders Australia and experienced construction lawyer to investigate the widespread industry practice of non-payment or late payment of money owed for work done."

"The Murray Report made 86 recommendations for national security of payment laws and the introduction of statutory trusts to ensure workers and subcontractors are not left out of pocket when developers go bust."

"The subcontractors who do the bulk of the work and employ the majority of workers in construction are forced to underwrite the profits of big developers who refuse to pay fairly, on time or at all."

"The collapse of Pindan could have a devastating impact on construction in WA as the non-payment of money owed to subcontractors ripples across the industry."

"Until we have national security of payment laws in Australia we will continue to see workers and subcontractors hit hard by unscrupulous developers who know they will not be held to account for refusing to pay what they owe."