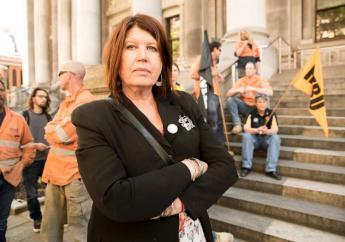 On Thursday, 1 November 2018, the South Australian Coroner will hand down the findings of the inquest into the death of Jorge Castillo-Riffo, who was killed on the Royal Adelaide Hospital building site in November 2014.

Jorge’s widowed partner, Pam Gurner-Hall, and the CFMEU National Construction Secretary, Dave Noonan, will hold a doorstop media conference at the Coroner’s Court following the Coroner’s release of the findings.

In a formal submission to the Coroner, the CFMEU and Ms Gurner-Hall have called for a raft of changes, including a new independent safety commissioner to be established in South Australia, and for coronial inquests into deaths at work to be mandatory.

The inquest into Jorge’s death began in March this year after a four-year long campaign by Ms Gurner-Hall for an investigation by the Coroner.

Pam Gurner-Hall said:
“This has been a long time coming. The Coroner’s findings will be an important step in making substantial, national changes to safety on worksites and around elevated work platforms.”

*NB this is an approximate time and is subject to change. Media in attendance on the day will be further advised.