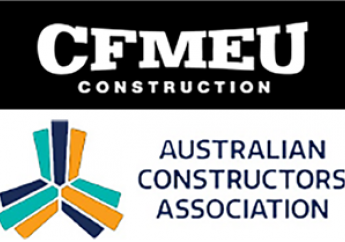 The CFMEU and the Australian Constructors Association are calling for targeted reforms to drive construction in Build-To-Rent and social housing to stimulate the economy and boost jobs ahead of the Federal Budget.

Reforms to enable Build-To-Rent construction projects could boost the economy by $10b, create up to 23,000 jobs, and build 20,000 homes over the next four years. This would help offset a continued downturn the industry is expecting in the construction of apartments and student accommodation.

Build-To-Rent is a big part of the rental market and commercial construction sector in North America, Europe and Asia which helps sustain development of large-scale affordable housing.

However, in Australia, a raft of state and federal tax rules act as a barrier to investment. In particular, the application of GST is uneven between apartments sold to individuals and apartments built to rent by the developer.

Reforming the GST rules for BTR construction projects and coordinating with the National Cabinet to reform State and Territory rules would enable investment in a range of shovel-ready projects across the country.

Along with increased social housing, these measures would provide homes for people who need them and create tens of thousands of jobs.

A recent report by construction giant and ACA member Multiplex estimates that changes to the rules around GST and other tax measures on Build-to-Rent projects would boost the Australian economy by up to $10b, potentially create 23,000 jobs, and build 20,000 new home around the country over the next four years.

The Federal Government can also enact reforms that give the green light to Australia's $2 trillion superannuation sector to more easily invest in nation-building stimulus projects such as the construction of Build-To-Rent homes and social housing.

The Federal Government must also be wary of the unintended consequences of encouraging further drawdowns on people's retirement savings, which could affect the capacity of super funds to invest in non-liquid assets like the large-scale construction projects the economy will need in coming years.

In particular, the use of superannuation for housing deposits is poor public policy and goes against the concept of super as a long-term investment for people's retirement security.

The construction industry has worked hard to maintain its role as a principle driver of the Australian economy through the pandemic crisis. Builders and unions have worked together in the national interest to keep the industry going, to keep people in jobs, and to ensure that construction maintains its role at the heart of our economy.

The government can assist by enacting these reforms that will free up investment to boost the industry and help build the homes that the Australian people need.