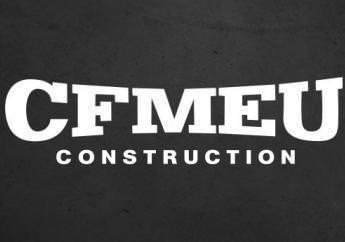 New research commissioned by the construction union has revealed that Australia’s building and construction crisis will cost $6.2 billion in remediation and associated costs.*

The research also found that over 3,400 apartment buildings across Australia had defective, non-compliant combustible cladding installed, and would require remediation work to make the buildings safe.

CFMEU Construction and General Division National Secretary Dave Noonan said that the cost of Australia’s building and construction crisis was now clear, and unfortunately often homeowners would likely be the ones to foot the majority of the bill.

“In some cases, the costs of this remediation has been up to $165,000 per dwelling – enough to sink many families.

“Tens of thousands of families, many of whom have purchased their first home, are now stuck with the crippling cost and mental anguish of owning homes that they may not be able to live in, are unsafe and cannot afford to repair.

Mr Noonan said Australia’s building and construction crisis was brought about by a range of factors the union has been raising concerns over for many years.

“This is the result of the construction industry’s obsession with ‘deregulation’ at any cost, and poor oversight by government.

“It’s the result of years of not enforcing building standards and of allowing industry to ‘self-approve’ with little or no oversight. Often, it has fallen on the union to blow the whistle.

Mr Noonan also said that a national problem required a national solution and that the union was willing to work with government to resolve these important issues for the community.

“This national crisis in construction can only be resolved through close consultation with workers and the Construction Forestry Maritime Mining and Energy Union will continue to play a constructive role in developing solutions for our industry.

“We’ll be producing detailed policy solutions and will work with the Federal and State governments across Australia over the coming months. Now is the time to come together – not silence dissent.