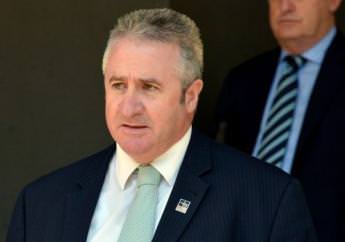 The CFMEU has accused the Australian Competition and Consumer Commission of running the Turnbull Government’s anti-union agenda instead of going after companies that are ripping people off.

The ACCC has pursued the union through the courts for over three years over so called secondary boycotts.

“The ACCC is meant to act in the interests of Australian consumers but it seems more interested in running the Turnbull Government’s anti-union agenda,” CFMEU National Construction Secretary Dave Noonan said.

“In the construction industry, small subbies are systematically screwed by the multinational builders and developers, yet the ACCC goes after unions and workers apparently under political direction of the Turnbull Government.”

The union has also criticized last week’s finding by the High Court that union a CFMEU official must personally pay penalties incurred in the course of his employment.

The High Court’s decision would have ramifications for other union officials and workers who don’t even hold office in a union.

“Not all laws are fair, and fines and penal provisions have never resolved industrial disputes.

“This demonstrates that the Court knows everything about black letter law but nothing about justice for working people.

“I look forward to the day when governments, regulators and courts make company directors personally liable for wage theft.

“It is clear the High Court would hold unions and workers to a different standard by enforcing personal payment of fines.

“Construction is one of the most dangerous industries in the country, and our organisers will not be intimidated from standing up for their member’s rights and safety.“