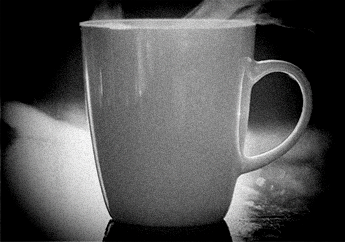 The latest quarterly report from Australian Building and Construction Commission shows that in total the regulator has wasted around half-a-million taxpayer dollars on frivolous court action in the infamous 'cup of tea' case.

CFMEU National Construction Secretary, Dave Noonan, said the report paints a sorry picture of a regulator more focused on pursuing pointless ideological crusades than protecting the rights and provisions of workers in the construction industry.

"The 'cup of tea' case has been a bizarre waste of time and money by the ABCC which seems intent on making this the most high-priced cuppa in history", said Dave Noonan.

"The latest action, an appeal against costs being awarded to the union, has added almost a further $100,000 to the total legal bill being footed by the Australian public."

"Every time this case has gone to court the presiding judges have blasted the regulator for pursuing frivolous legal action, yet the ABCC seems unable to take the hint."

"This latest effort takes the ABCC's total legal bill to more than $340,000. This does not include the legal costs of the union, which will only add to the final bill this heavily politicised regulator will put on the public tab."

“We have a crisis of confidence in the construction industry in Australia. A construction worker is killed almost every week, we have shoddy buildings collapsing or revealed to be fire traps, yet the ABCC remains focused on pursuing pointless and costly court action.”

The ABCC has brought multiple court actions against the CFMEU and two organisers over the infamous ‘cup of tea’ case since 2014. The ABCC claimed the CFMEU and two organisers contravened the Fair Work Act by visiting a construction site at Melbourne Airport without proper notice. However, courts have repeatedly found that the visit was a social call between friends catching up over a cup of tea and a chat about 4-wheel driving.

The case was described by Federal Court Judge, J North, in 2018 as an “abuse of power” where “it seems likely that reasonable members of the public would be offended by the use of community resources to prosecute a case such as this”.